After the upgrade to Windows 10, the touchpad gestures did not work at all. Many of you may be facing the same issue after the upgrade. Having researched a lot on this, I found out that neither any portal nor OEMs have any update on it. The OEMs are yet to develop a solution and come up with their updates.


So, I thought of giving it a trial myself and voila! It worked perfectly! So, I am here to share the trick with you all.

The issues that I had encountered after Windows 10 upgrade:


1. One Finger Scroll not working


It was also noted that the conflict may happened as the windows drivers have been retained from the old version of Windows 8.1. As a result, the Touch or the Sound drivers may not perform as expected.

Windows have generic drivers to work. So, we do not get the proper gesture control on the touchpad which works as a PS2 mouse. Thus, the manufacturer's device drivers are vital for any driver to function properly. However, as mentioned earlier, the OEMs are yet to release the drivers as it takes time for their R&D. 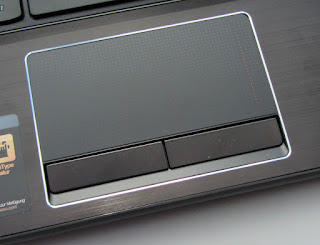 I tried to make some adjustments and tested if it worked for my own system.


The steps that were followed are mentioned below:


2. RESTART the system for complete uninstall.

That's all folks! Now, you should be able scroll using Gestures.


Kindly note that this was tested in Lenovo G580, where:


 The Elan Pointing Driver had to be re-installed after Step 7.

5:21 am
Unknown
System Tweaks
Email ThisBlogThis!Share to TwitterShare to Facebook